Keyboards designed for gamers and hardcore gaming have always stood out as being a class apart from the regular “normies”. Designed to take the heavy stress caused by repetitive usage without getting in the way of the game controls and complex cooling systems. A good keyboard can enhance your gameplay and with scores of options and layouts on the market, 2019 is a year when consumers are really spoiled for choice with the sheer diversity of the variants. Keyboards that function more like touch pads, mechanical standards, split keyboards, customizable LEDs and even keyboards with enhanced tactile feedback. Though all of these keyboard features sound amazing, the truth is that each feature works best with a particular game genre or requirement type.

There are scores of gaming keyboards present on the market but in the interest of cutting to the chase without too much distraction, we have done the ground work for you by condensing all the options and presenting only the top 4 that make the cut. This article is going to help rid the chaos associated with the multitude of options on the market and give you the absolute best gaming keyboards that you can lay your hands on in 2019!

Doesn’t get much better than this

The Corsair K95 Platinum is the successor to the well known Corsair K96 Vengeance. The keyboard is most well known for it’s list of innovative features so let’s jump straight into what the Platinum has to offer over its predecessor. The first impression on looking at this gaming keyboard is the size of this keyboard. Unless you’re working on a massive workstation or gaming rig, you will definitely have to make space for the Corsair K95 Platinum. This gaming  keyboard makes its presence felt with it’s large footprint and spacious key layout, bright RGB LEDs spread across the length keys and large textured wrist rest.

The gaming keyboard hosts all keys on an elevated surface that is positioned above the level of the brushed aluminium chassis cover. This allows for ease of game play and a satisfying feedback on hitting the buttons. The textured button surfaces over the W A S D keys are a nice addition to the gaming keyboard. Apart from the textured keys, there are a set of 6 standalone dedicated keys that can be configured for use as action buttons depending on the game. This features is especially useful for the RPG genre of games as having an extra action button can improve your in game the reaction speed.

The Corsair K95 Platinum also comes with a dedicated onboard profile memory button that allows you to cycle between preset saved configurations, macros and lighting. This gives you the flexibility to carry the keyboard anywhere that you want to and set up the gaming keyboard in a matter of seconds with a few clicks of the profile button. Speaking of moving the gaming keyboard around, though it’s appearance might indicate a heavy weight, the keyboard is surprisingly light at just 3 pounds. The wrist pad is also detachable which makes this gaming keyboard very portable.

Overall, the Corsair K95 RGB Platinum is a great gaming keyboard. The price tag might attract only serious gamers but if you’re putting together gaming rig, the Corsair will definitely complete your setup.

Roccat is fast becoming a household name among gamers. The quality that is now often associated with Roccat comes through with the Roccat Vulcan 100 Aimo gaming keyboard. Moving onto the features on offer, Roccat does not skip on customization – with the ability to set different colors and even customize the sounds emitted on hitting a key. The RGB LEDs present on all keys can be configured to support any of the 16.8 million colours and shades that are on offer. Like the Corsair K95 Platinum gaming keyboard, the Roccat Vulcan 100 Aimo also has integrated macro and settings memory.

The other major feature of this gaming keyboards that absolutely has to be discussed is the nature of the keys on the keyboard. The Titan key switches are individually placed on the keyboard offer a very tactile feel on pushing the keys. This causes a very distinct clakity-clak sound on pushing the keys on the keyboard. The keys have a smaller actuation point (point at which the button is recognized as “clicked”) of 1.8mm. Therefore the button has to travel shorter distances and the action can be achieved in a faster time. This minute difference serves to give the player that much of an edge over the competition.

The raised keys give the keyboard a very unique aesthetic from a design perspective but also serve to ease tension on the fingers while typing and for functional reasons make cleaning your gaming keyboard so much easier even though the gaming keyboard is touted to be both dust and spill proof. The raised keys also give the LEDs a unique effect as the light bounces off the bottom of the keys and together with the customizable LED effects such as colour splashes as you type. The magnetically detachable wrist rest gives the gaming keyboard a sense of portability and despite its size, can be carried around without too much effort.

Fantastic hardware on the Roccat Vulcan 100. The effort that has gone into the design of the gaming keyboard shows in the product.

Quickest keyboard out there

I wouldn’t be doing justice to the Razer Huntsman Elite by starting off the review without the mention of optomechanical switches. These switches are different from the MX Cherry type switches that all the previous gaming keyboards utilize because they use a laser that is shot from the base of the keyboard and a touch is registered every time the sleeve on the key cuts off the laser. Razer has made many claims about this new system of operation of these keys, right from it being buttery smooth to the touch to the switches being extra sensitive so as to provide input that much faster. The switches also feature Cherry stabilizers that claim to prevent key wobble. As with the other gaming keyboards that also incorporate this feature, I wouldn’t place any bets on the effectiveness of this feature.

The second part that you just simply cannot miss are the lights on the keyboard…so much light! The LEDs on the gaming keyboard is very bright to say the least and are easily bright enough to light up your man cave. An interesting feature here is that the lights on the keyboard extend all the way to the wrist pad and can be synchronized to work alongside the configured LED setup on the keys. All of these LEDs need juice and a significant amount of it. This means that the Razer Huntsman Elite requires two USB slots – one for the keyboard and one to power the LEDs.

The leatherette wrist pad on the Razer Huntsman exudes Razer design principles. Super comfortable to use and it connects to the keyboard using a magnetic strip. The wrist has a eight rubber “feet” that ensures that the keyboard stays put despite the in game action that might be projected on the keyboard.

The media keys at the top right corner are a new addition to the Razer gaming keyboard lineup and function just as they should, nothing special there. The scroll wheel has some interesting pre built applications and possibly for cycling between weapons. However, letting go of the mouse to use the wheel kind of defeats the purpose for me.

Amazing functionality and aesthetics. Though the optomechanical switches don’t really have a noticeable effect in FPS games, we have to admit that the idea of your gaming keyboard working on just lasers is freaking cool!

Republic of Gamers must have decided to take adopt the philosophy of minimalism as their inspiration for the Strix Scope gaming keyboard. The product is itself comes in a compact package without any frills and luckily for ROG, this idea works great. In a world of gaming keyboards with a whole host of bells and whistles taking precedence over the actual functionality of the keyboard, this basic skeleton of a gaming keyboard takes us back to basics, ensuring that the idea of a gaming keyboard stays true to its original intention.

Speaking of the basics, apart from the backlit LEDs, the Strix Scope has a matte black finish finish and no wrist support pad. Furthermore, the gaming keyboard is functional straight out of the box, a plug and play if you will. This is again a step away from the world of proprietary software and specialized drivers. All of these features are quite refreshing, kudos to ROG for designing an impressively basic product because this gaming keyboard really shines when it comes to performance, exactly what it was intended to do.

To continue with the minimalist theme, media controls but includes an intriguing “ghost’ key that hides all apps while muting audio. It’s anyone’s guess what the intended purpose of this key is. You can see that this particular gaming keyboard was built for the FPS genre because of the extended CTRL key that gives it away.

The Cherry MX RGB keys give the right amount of feedback and the clakity-clak sound that I really enjoy (which I’m sure you can tell if you’ve made it this far into the article) is definitely present but it’s restricted to a minimum. This should please people on  both sides of the clakkity-clak camp. 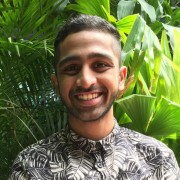